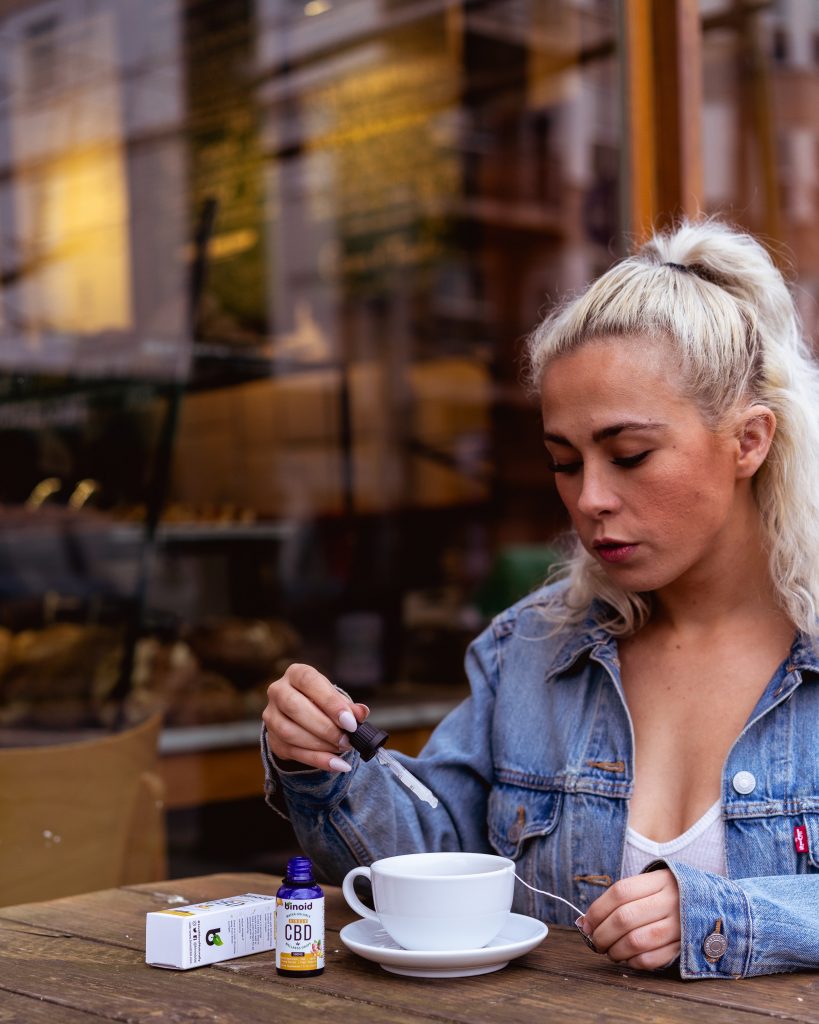 One of my passions as a feminist and cannabis nurse is to help women utilize CBD and cannabis to help with hormonal issues that so many women suffer from. Hormonal health issues include menopause symptoms, weight loss & gain, flares of chronic pain, disturbed sleep, emotional distress, painful sex, decreased libido, and uncomfortable menstruation. Some women don’t feel comfortable bringing this up to their healthcare team and, unfortunately, some women who do attempt to discuss these issues with their doctors report that they are quickly dismissed and are left with no guidance from their healthcare team about what to do. This gap in both knowledge and empathy for women suffering from uncomfortable chronic hormone related disorders is what drives my passion to advocate for women, participate in nursing research, and to encourage them to try CBD and cannabis to help with many of these symptoms.

Prior to prohibition and the 20th century whole plant cannabis (and therefore CBD as well as other cannabinoids) was used frequently as medicine for sexual health, menstrual pain, and even during childbirth as a means for pain control. Could you imagine giving birth after smoking cannabis or drinking cannabis tea? Cannabis was first used as a medicine in China where it was added to the pharmacopia in 2727 BC and used for a multitude of ailments including disorders of the female reproductive system. It was subsequently used throughout Asia, Africa, and the Middle East and it eventually spread to Europe and the Americas. In Europe in the middle ages cannabis was used frequently by doctors and midwives. In fact, in the 1300’s the Catholic Church became so upset by its frequent use in women that it began accusing women who used or provided cannabis to be witches. (I would have DEFINITELY been burned as a witch). The accusation was that women/witches would smoke cannabis under a full moon to have flagrant sexual intercouse…looking at this through the lens of history the reason for this accusation probably had a lot to do with women having agency over their bodies and enjoying sexual relations.  Additionally, cannabis was also being utilized and enjoyed by Muslims as medicine around this time, which happened to coincide with the Crusades – adding a political angle to the sexist one.

So, seeing as how CBD and cannabis have been used for thousands of years to treat female reproductive and hormonal issues, can we expect to get relief for things like uncomfortable menstrual cycle symptoms and endometriosis? Is there any science that supports this practice?

Let’s get into the research.

Not surprisingly, the number of studies lags far behind what there should be for this important issue affecting so many. There are some weak studies from the 80s where scientists assert that there is an interaction between cannabis and hormones – but the lack of details or understanding of the mechanism leaves a lot to be desired. More recent publications have done better – demonstrating complex interactions between the ECS (Endocannabinoid system) and the hypothalamic-pituitary-ovarian axis, as well as an intricate balance in the communication between the ECS and hormones.

A study from 2019 that looked at what happened to women’s menstrual cycles that used cannabis and tobacco showed a shortened luteal phase (the week in between ovulation and your period – where the egg has been released and fertilization could occur). Now a caveat – this study was flawed – the group studied was small, the participants used both cannabis AND tobacco, and the menstrual periods and cannabis use were all self-reported. There have been other similar studies that suggest cannabis and CBD MAY play a role in decreasing  progesterone and may suppress estrogen production. Progesterone is the hormone that helps women get pregnant and stay pregnant, and decreased estrogen levels could affect women’s menstruation and ovulation cycles.

However, these potential effects on the hormonal levels have not been shown to have any real world clinical effects (decreased fertility, irregular periods, etc) in any animal or human studies. Additionally, most of these studies were conducted with self reported cannabis use – so specific/individual cannabinoids have not been studied.  Also many were conducted with unregulated cannabis that may have had other additives or were grown in poor conditions. Since cannabis is a porous plant, are the hormonal changes due to the cannabis itself or from chemicals from the soil or other additives added to the product later?  Our ecosystem, food, birth control, and pharmaceuticals are full of endocrine disruptors from many other sources, so we need more information. Again, there is no definitive research that shows that fertility will be affected by cannabis or CBD, but until we know more, if you are trying to get pregnant then holding off on cannabis and CBD may not be the worst idea.

But what about Uterine Pain? Endometriosis? Cramps? Can CBD help??????

Well, the answer is most likely “yes.” Since the endocannabinoid system is part of the central nervous system, it works in conjunction with neurotransmitters and hormonal regulation – there is research that proves CB1 plays a role in hormonal regulation (Hillard, C.J. 2015). Hormones don’t work on just our reproductive organs; they literally regulate and modulate our bodies’ response to nearly everything, as does the endocannabinoid system. Hormones regulate our heart rate and blood pressure,  affect how much we eat, our stress responses, sex drive, and how our brain works day in and day out. If it sounds like all humans are when you break it down is a hormonal, chemical, puddle of salt water… you’d be right. It doesn’t take much to throw off this delicate balance – and when it’s off you feel bloating, pain, emotional stress, increased menstruation symptoms, fatigue, and a whole list of uncomfortable side effects.

So how can cannabis and CBD help? THC is a powerful analgesic and CBD has anti-inflammatory properties. It is a COX-2 inhibitor which works by decreasing prostaglandins, a hormone-like substance that causes inflammation. This is also how NSAIDs like Ibuprofen work, but with more side effects than CBD (Takada S. et al 2008). CBD and THC also decrease cortisol levels. Cortisol is a hormone that is released when our bodies are stressed mentally or physically. Increased cortisol leads to increased bloating, anxiety, and discomfort. So by using CBD, that could mean decreased discomfort overall during your period or throughout the menstruation cycle.

There are so many more studies and research to unpack that I will be writing more blogs on this topic. In the literature, CBD and cannabis have many effects – serotonin receptors, insulin, oxytocin, and many many more neurotransmitters and hormones.  So as usual it is clear that we need more studies on women’s health, CBD, and cannabis to fully figure out how these products can help with our hormonal health. But in the meantime, there’s strong evidence to support that using CBD is likely to decrease your menstrual cramps, bloating, and stress.

The information provided is not intended to be a substitute for professional medical advice, diagnosis or treatment. These statements have not been evaluated by the Food and Drug Administration (FDA). Acute on Chronic is not responsible or liable for any information, services or products that you obtain as a result of your consult or information you have read on this website or other websites that link to Acute on Chronic website.